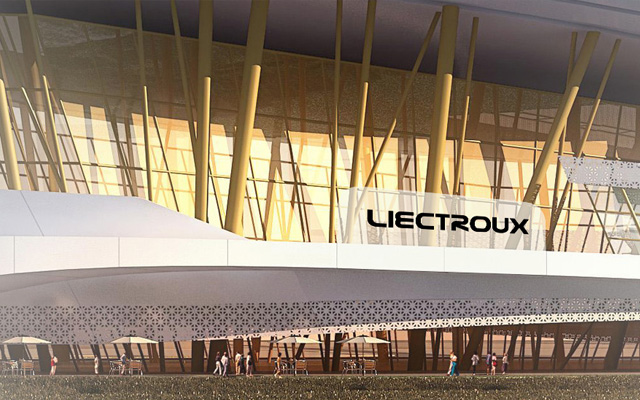 The underwater robot looks like a human and its brain is also equipped with a smart chip that highly simulates human brain. The smart chip contains a wealth of marine knowledge and underwater work knowledge. And the knowledge can be updated in real time according to the actual situation. The position sensor adopted by this robot is highly accurate and it can conduct accurate positioning. It can travel at the speed of 10-15 km per hour at the height below 8,000 meters. The radar contained in its eyes give it "good vision". The robot can work for 300 hours continuously. And when its power is about to be exhausted, it can be powered by its built-in power converter. It will convert water energy to electricity, then conduct automatic charging and then continue to work working. In addition, its carry-on cameras, cameras, advanced sonar systems, communicators, robotic arms and various tools enable it possible to accurately and efficiently perform a variety of underwater operations and provide real-time video and sonar images to humans as well as conducting voice communication or video communication with humans.

The robot is capable of detecting and developing underwater resources, for inspecting dams, whether explosives are installed on the piers and  good or bad structures of the, conduct rescue and salvage work at sea, channel troubleshooting, port operations and marine surveys etc. It has greatly improved the efficiency of underwater operations and avoids the risks of human beings working underwater. It has become an important tool for human to develop the ocean.

The widespread use of intelligent robots in people's daily life indicates the arrival of the era of intelligent technology. German Liectroux  Robotics Institute has been dedicated to developing various intelligent robots to facilitate people's lives. The range of intelligent robots developed by the company is extensive, including smart home appliance market.The robot vacuum cleaner developed by the company adopts the most advanced laser navigation technology which measures the distance through multi-point ranging or even 360-degree continuous every second. And it can record the movement path of the machine in space at one time. The machine can carry out synchronous positioning and map construction algorithms and carry out regular and scientific cleaning. Its cleaning efficiency is extremely high. Secondly, the variable frequency suction mouth that the machine equipped with can automatically adjust the suction force according to the sundries. When encountering such difficult debris as hair, it will suck away the debris with large suction force. When it encounters large particles of dust, it will automatically switch to clean by the floating roller brush. The roller brush adopts the V-shaped design, which can effectively gather dust and clean up and down, remove dust close to the ground and clean deep into the gaps. Even the sanitary corners of the brick joints can be cleaned well through the machine. In addition, the ability of getting out of the trouble is very outstanding. When the machine encounters complicated situations such as wire winding, it can get out of trouble in a short time. Its ability to get out of trouble is first-class in the robot vacuum cleaner industry. Once the robot vacuum cleaner has been launched, It has become the favorite in the smart home appliance market and and it was loved and snapped up by consumers.